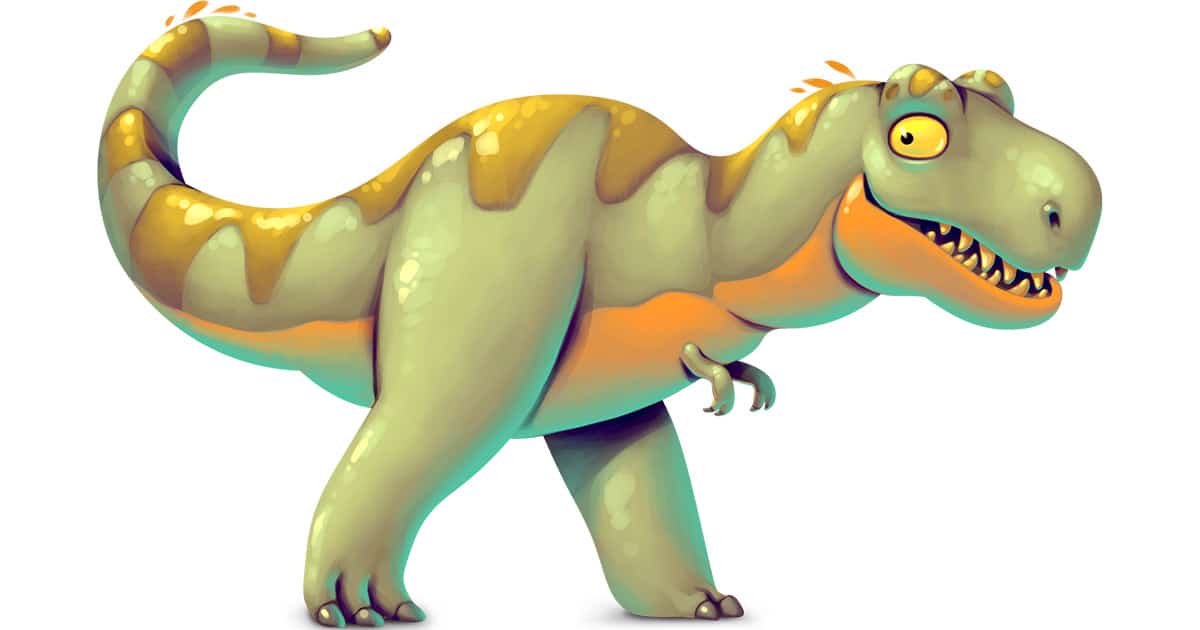 The terms ‘warm-blooded’ and ‘cold-blooded’ are used for simplicity throughout this essay. In fact these terms are something of an over-simplification. Virtually all animals, if examined at the proper time, will appear to be ‘warm-blooded’ – i.e. their internal body temperatures will be about the same.

What’s more important is the mechanism by which body temperature is maintained (thermoregulation). Here’s a quick science lesson, like you may learn in a university science course or earlier. The terms endothermic and ectothermic are relevant here. An ectothermic animal relies on heat from the outside i.e. the environment, to maintain body temperature, whereas an endothermic animal relies on heat generated within its own body by metabolic processes, and will therefore have a higher metabolic rate. There are even more precise technical terms for processes intermediate between full endothermy and full ectothermy which will not be discussed here.

Once it was thought that all dinosaurs were cold-blooded. Now many suggest that at least some were warm-blooded, which would help to explain why they became so plentiful and dominant for so long. If we examine today’s fauna, we find no large land predators that are cold-blooded, except for crocodiles that occupy only one very specific ecological niche and are basically water dwellers. The same is true of the entire Cenozoic era. Virtually all large predators were warm-blooded.

The reason is not difficult to find. The position of top predator is a very competitive one. The ability to control body temperature and maintain it at a constant value (i.e. warm-blooded) is a very large advantage. Not only does it mean that the animal is not dependent on the environmental temperature but can hunt at any time of the day (or night), or in any season, but it also means operating at maximum efficiency. All creatures, whether warm- or cold-blooded, use the same basic biochemical processes to produce energy, with the same enzymes and substrates. The chemical reactions involved generally have a particular optimal temperature. For every drop of 10 degrees C, the process will be twice as slow. Hence, the sluggishness of cold-blooded animals in cold environments or at night. Evolutionary theory thus demands that, in any long term competitive situation, warm-blooded animals will always win over their cold-blooded competitors, and this is what the history of mammal development demonstrates. No large cold-blooded predators can develop against mammalian competition. Instead, they remain small and occupy ecologically specialized positions where they can hide for most of the time and only need to hunt for food occasionally when safe to do so.

There are, of course, attendant disadvantages to endothermy, not the least of which is the need for very much larger expenditure of energy to maintain elevated metabolic rates, and a commensurate increase in food requirements.

Given that mammals have such an enormous advantage, what are we to make of the Mesozoic era when, for 140 million years, dinosaurs reigned supreme and few mammals grew larger than a chicken. Mammals and dinosaurs evolved together. Dinosaur ancestors (thecodonts, particularly ornithosuchians) and mammal ancestors (therapsids, particularly cynodonts) were in direct competition in the late Triassic, with the therapsids initially appearing to have the upper hand. However, by the end of the Triassic the thecodonts were on top, dinosaurs assumed the roles of top predator and large herbivore, and all other roles down to the very small, which they left to the mammals and other reptiles. How did they manage to take over in the first place, and then keep the mammals subservient for so long if mammals had such a potent evolutionary advantage in being warm-blooded? The logical answer, of course, is that dinosaurs had to be warm-blooded as well! For those who believe that dinosaurs are just large reptiles this is an unacceptable view.

Given that all we have left are lifeless bones and footprints, is it possible to produce evidence in support of the warm-blooded dinosaur hypothesis? Surprisingly, perhaps, the answer is yes, although such evidence must be largely inferential.

Some of the evidence has already been presented above, in the comparison of dinosaurs with present day ecological structures. Other evidence comes from areas such as:

All these lines of evidence and comparisons between dinosaurs, mammals and cold-blooded reptiles support the idea that dinosaurs were warm-blooded, or at very least had a much higher metabolic rate than conventional cold-blooded creatures. Not surprisingly, some counter arguments have been presented, such as:

The question is yet to be decided, but on balance the likely outcome seems to be heavily weighted in favour of at least partially warm-blooded dinosaurs. The tests for endothermy have also been applied to the mammal ancestors (the therapsids: cynodonts, dicynodonts) and thecodont dinosaur ancestors. In both cases the results suggest that they were more like warm-blooded than cold-blooded animals, and that endothermy may have developed in both lines at an early period (late Permian ?). In this scenario, dinosaurs would simply be one group in a line of succession of warm-blooded animals.

What does seem clear is that dinosaur physiology was different, and may even have been different in different types of dinosaurs. We can never know the answer by direct measurement, and as long as we are forced to rely on analogy we will probably never reach a consensus on this controversial topic. Endothermy is not an either/or proposition, as the large number of potential physiological mechanisms involved make a wide range of alternatives possible. The large size range of dinosaurs alone probably means that they did not all share a common physiology, nor use the same strategies and mechanisms to reach a particular physiological state.